We are very excited to have Corrs on board. As a world class law firm committed to driving economic engagement with Asia, Corrs is forging strong partnerships throughout our region.

Corrs has a variety of initiatives to drive such partnerships. Corrs recently joined with ANU to create an Asian Engagement Series designed to equip business executives with the knowledge they need to capitalise on emerging Asian markets. Corrs also has an wide range of partner law firms and international secondment destinations throughout the region, including in Jakarta.

Some readers may also be familiar with John W H Denton who is Partner and Chief Executive Officer at Corrs. John is also one of three Prime Ministerial representatives on the APEC Business Advisory Council and was one of two originating members of the B20, the business reference group of the G20. John was, and remains, a member of the Australian’s government’s advisory board on the development, review and implementation of the “Australia in the Asian Century” White Paper. John has written a number of articles for the Jakarta Globe about the Australia Indonesia relationship and the White Paper. John looks forward to supporting CAUSINDY.

We welcome Corrs and the opportunity to work together to make CAUSINDY 2013 a great success. 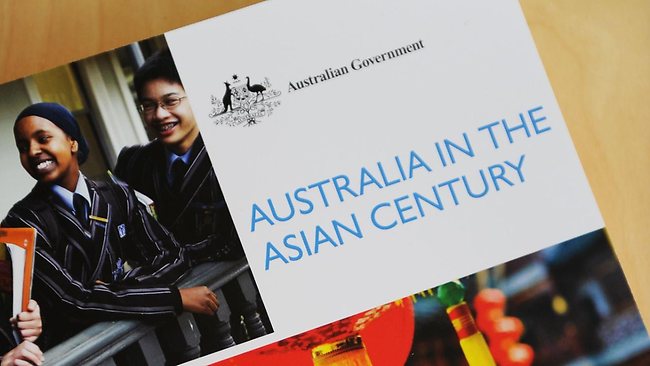 AIYA was broadly supportive of the Australia in the Asian Century White Paper although we doubled down on our engagement through drafting an official response to the White Paper and releasing this through our media contacts. As in the original submission, a team of three were drafted, this time comprised of Arjuna Dibley, AIYA’s Executive Director, Director of Communications Tim Graham and CAUSINDY Director Chris Urbanski.

In our position paper, we doubled down on our advocacy over the working holiday visa scheme – which did not rate a mention in the White Paper, but which we saw as an issue that should be front-of-mind for Australian foreign affairs officers working on the relationship.

Like many other commentators following the White Paper’s release, we drew attention to:

We called for a series of policy initiatives to the greater supply and demand for ‘Asia capability’ in the workforce, including:

At the heart of these recommendations is a belief that these Asia capabilities, such as language and cultural awareness, create a ‘public good’ by enabling Australia to deepen its economic engagement and improve its security through improved relationships with our Asia-Pacific neighbours.

While we still believe in this notion, these arguments are always difficult to advance as they require the uncertain and long term benefits of better regional engagement to be weighed against other pressing areas of Government concern. Every dollar devoted to Asian language training comes at the expense of a dollar of other subjects in the national curriculum, or health, welfare, overseas aid – and all at a time of fiscal constraint.

I’ll come back to this point shortly, but first want to introduce our most recent policy contribution – AIYA’s submission to the federal government’s Indonesia Country Strategy. This paper was greatly strengthened by adding some new faces to our policy team including Jess Laughlin, ANU Chapter President and Mike Tarn, a member of AIYA’s Western Australia chapter, who produced an outstanding document, and produced new insights into our members’ views through a refreshed survey.

In this submission, we changed our tack slightly from our response paper outlined above to 1) acknowledge the reality of the external operating environment – that government money does not grow on trees; and 2) deepen our thinking on what really is the right role of Government to play in fostering our engagement with the region – versus the role of the individual, business, or civil society (including AIYA). The new submission also included up-to-the-minute insight on our members’ views on the opportunities and impediments in the relationship

A lot of internal debate and reflection on our members’ survey led to us advancing more liberal arguments of Government as ‘market maker’ in Australia’s engagement with Asia: essentially building the railroad along which a two-way flow of public, business and civil engagement can flow. We also stressed the importance of cultural engagement and the value of people to people links in the relationship – direct insight from our survey of members who consistently rated these as the most important things to get right (as opposed to say economic, aid, or military engagement).

‘Build cultural awareness, and mutual understanding becomes easier’ was a recurrent theme in the data.

And so our paper landed on a discussion of opportunity areas and a set of recommendations that was centred on:

You can see the full submission on the AIYA website, but suffice to say we’re extremely proud of the quality of our set of high impact, but cost effective and practical recommendations. And from early indications – others are too – keep an eye out for an AIYA mention when DFAT releases its Indonesia Country Strategy later this year!

As mentioned in my previous post – CAUSINDY will be a real engine for AIYA’s policy ideas and contribution to the public discourse in the years ahead. And you don’t need to be a delegate to contribute in this area – AIYA’s members’ survey is a great way to make your ideas known, as is getting involved in our policy work through AIYA’s chapters or at the national level. 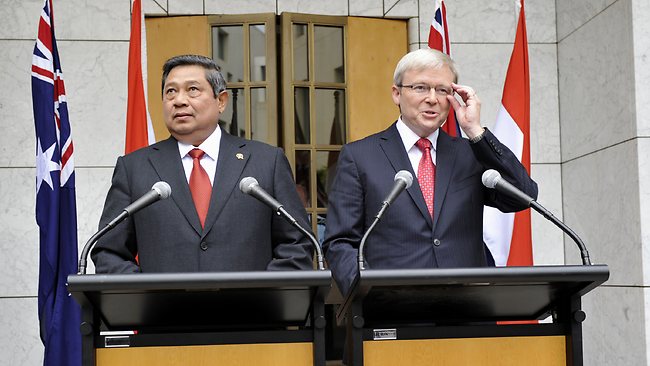 The extent of public engagement with Australia’s place in the 21st century has ramped up dramatically over the past 12 months.

There is a growing awareness and recognition that the relatively stable geopolitical and economic dynamics that shaped Australia’s place in global society since the Second World War are now rapidly changing. This paradigm shift is encapsulated broadly in the phrase the “Asian Century” which recognises that the political, economic and cultural and security dynamics of the 21st century will increasingly be shaped by the emerging economies of the Asia Pacific region.

With more and more policy statements and column inches devoted to discussions around Australia should interact with its emerging neighbours in Asia, private, public and civil society organisations all have a role to play in representing the interests of their members to the decision makers who ultimately will steer the state of our relations.

Over the past 12 months, the Australia-Indonesia Youth Association, or AIYA, has been an active participant in the Australian Government’s public consultations on how to position Australia in the ‘Asian Century’, and how our relationships – especially with Indonesia – should be managed.

This process began 12 months ago, when the federal government called for public submissions to its Australia in the Asian Century white paper. AIYA’s submission was drafted by a team of three, including AIYA’s Executive Director Arjuna Dibley, Director of Partnerships Fe Donahue, and AIYA member Nicholas Parsons, with help from Rachelle Cole, AIYA’s Director of Operations. It contained insights from a survey conducted amongst AIYA’s audience addressing the challenges involved in engaging with the region.

The final  can be downloaded from the AIYA website.

Although these might seem like relatively obvious ways of improving Australia’s bilateral engagement with Indonesia, AIYA’s submission was important in that it represented the growing number of university students and early career professionals seeking a long term career related to this important relationship.

What did this submission achieve?

For starters, it led to strong media coverage regarding problems that Australians face accessing the Indonesian Work and Holiday Visa. AIYA’s proprietary member research provided unique and timely insight to existing challenges with obtaining this visa, which allowed the issue to be successfully raised in the press.

Beyond this, the release of the Australia in the Asian Century White Paper coincided with some small but significant policy items. One of these was an increase to the maximum loan size under the OS-HELP scheme for undergraduate students pursuing tertiary study in Asia.

The government also announced its support for Indonesian language teaching, identifying Indonesian as one of four ‘priority languages’ to be offered from primary school through to university.

Can AIYA claim all the credit for these wins? Not entirely – policy outcomes are ultimately shaped by many hands and many heads. But without a doubt our engagement in the process adds the voice of our members to the end product.

It is our hope that the CAUSINDY conference along with our annual members’ survey, will become the cornerstones and ‘intellectual engine room’ for AIYA’s contributions to the discourse on Australia-Indonesia relations in the years ahead.

Stay tuned for part 2, in which we describe our follow-up response to white paper, and contributions to the development of and Indonesia Country Strategy…